Colleges and universities all over the US and the world are some of the first organizations to start VR clubs. And why wouldn’t they? There’s so much opportunity in the education space for virtual reality, both in development and application.

One such school is Baylor University in Texas. Their VR club was chartered in January this year, and is headed by a couple of sophomores. The club’s president and founder, James Cotter, came up with the idea of starting the club in mid-2017. He also happens to frequent the Vive subreddit, and excitedly posted about their plans and goals, which included a competition to help recruit more members.

We at ViveReport are all about VR fun, learning, sharing, and growing the community, so we happily took on the opportunity to be a sponsor. It’s another chance at evangelizing people into VR. We had previously done the same for the VR club at the University of Copenhagen in Denmark. For that competition, we suggested to use Sound Boxing VR, for which we created a custom beat-mapped dance challenge to be used.

This time, we thought Fruit Ninja VR would be an easy introduction to new users, plus scoring is super easy to keep track of. We promptly supplied Fruit Ninja VR to Baylor VR Club so they could prepare for and use it in the competition. The club decided to use the player-friendly classic mode. Based on the photos the club sent back, it looks like it was a total success. 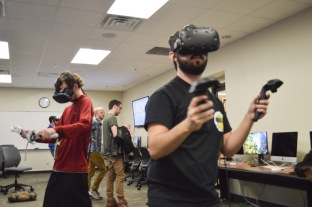 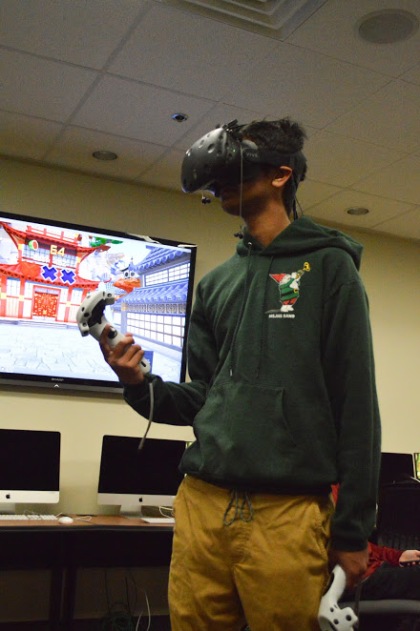 Over 25 participants got their ninja on for the competition, which was held on March 12, 2018. We asked Mr. James Cotter for a quick recap of the event, to which he replied:

While the average player sliced 75 fruit, the winner went on a huge streak and chopped a total of 334 fruit! Congratulations to Chase Manseth for the epic win!

Along with the Fruit Ninja VR copy, we were happy to furnish a $20 Steam gift card for the winner. A fairly modest prize, but we know even a tiny sponsorship will help the club grow, hopefully by bringing in outside interest for participants, as well as other sponsors.

On a side note, Baylor VR Club is now working on an official Inter-Collegiate VR eSports VR League. A good deal of other schools and sponsors have already joined the fun! If you are either a school or an interested sponsor, feel free to check out their Discord to sign up or for more information.

To James, the other officers, and founding members of the Baylor VR Club, we thank you for letting us partner with you and wish you all the best moving forward. Congratulations on getting chartered and for an over-all successful inaugural event! Keep the VR flame glowing!

Are you or anyone you know starting your own VR club? Let us know through twitter, or email. We’re excited to hear from you!